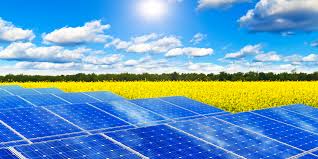 Solar power does much more for you than just saving money on your energy bills. When you buy solar technology systems for your home or business, solar technology, such as solar panels, also allow you to contribute to the cause for less pollution on Earth. Solar power is an instant solution to addressing the energy sustainability issues that are prevalent in modern society. But how does buying solar power equate to reducing pollution? Here are several ways that demonstrate the benefits that solar power has on reducing pollution in the environment.

72% of water pollution comes from coal-fired power plants; that is a troublesome number for our personal and environmental health! Why does coal account for so much water use? When you generate coal, natural gas, oil, and nuclear energy, copious amounts of water are required by plant processes to cool everything down; the plants must adhere to strict cooling requirements. Due to how the plant processes water (which comes from the cooling stages of energy production), the power plants dump millions of tons of toxic metals, such as mercury, lead, and arsenic, into our waterways. Nuclear power plants release nuclear isotope tritium into groundwater supplies. The toxic water pollution from these thermoelectric plants have been linked to cancer, neurological disorders, and environmental degradation.

Solar energy and its impacts on water pollution is not a subject that is talked about often, and it should be because reducing water pollution is a critical environmental dilemma that we as a nation need to address. Generating energy from renewable energy sources is a reliable solution to the water pollution quandary at hand. Public health and water ecosystems do not have to be compromised with solar energy. Solar energy, such as solar photovoltaic (PV) panel cells, do not require water to generate electricity. Therefore, your local water system would be unharmed from any solar energy production. Think about it: NO pollution of local water systems, NO water needed during solar power production, and NO competition with the local agriculture on water supplies. Solar energy would greatly diminish the water pollution produced by traditional energy sources. 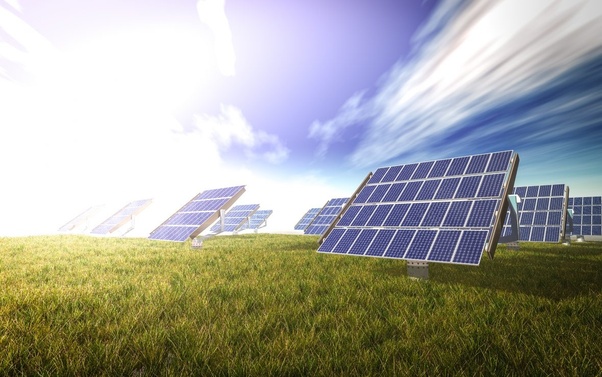 The U.S. is known for its contribution to greenhouse gases. In fact 31% of greenhouses gases in the U.S. come from electricity production. The predominant gases from electricity production are methane, nitrous oxide, and carbon dioxide emissions, which are widely known as harmful polluters that lead to environmental issues such as climate change. Greenhouse gases also diminish our air quality and impact our human health, leading to respiratory health risks.  A recent lab study discovered that, among other health benefits, solar power results in less cases of chronic bronchitis, respiratory and cardiovascular problems, and lost workdays related to respiratory health issues.

Solar energy production does not contribute in adding any greenhouse gases into our environment. Solar panels do not require any fossil fuels to be burned in order to generate electricity. Solar energy is paving the way to significantly decreasing the emissions of harmful air pollutants. For perspective, the solar technology capacity currently installed across the U.S. is expected to counterbalance as much as 16.8 million metric tons of carbon dioxide a year. Solar energy would help the U.S. prevent further air pollution damage to the environment and diminish the number of dangerous polluters that contribute to climate change. For example, in the state of New York the average home uses 7,092 kWh of electricity annually. By choosing to buy solar panels, a clean source of electricity, this will eliminate the same amount of carbon emissions that would result from burning around 5,200 pounds of coal each year. And that is from one home! Imagine if the entire state of New York switched to solar energy; the impact would be a major reduction in air pollution within the cities.

According to the United Nations Environmental Program, every year more than 400 million tons of hazardous waste is produced, and not all of the waste is disposed of properly. For example, in Canada 30% of waste producers do not meet the governmental guidelines for correctly disposing of their waste. This is a particularly worrisome issue because if waste is not taken care of correctly, the consequences could be detrimental. Nuclear waste is one such byproduct that is very dangerous. Since this type of waste is a radioactive, it could harm human health and the environmental for thousands of years if not stored properly.

In the U.S., 120 million tons of toxic waste is generated. The solid wastes are disposed of in landfills, abandoned mining sites, and the liquid wastes are drained into highly toxic ponds of water. Other toxic waste byproducts such as coal ash and oil sludge find themselves in runoff that empties into waterways and agricultural fields. These wastes are harder to dispose of routinely and are dangerously full of metals.

Solar power is far superior from traditional energy sources, in the sense that it does not require radioactive storage waste and fuel transportation of wastes. Hazardous waste management is not necessary when it comes to solar power, which means no worrying about potential harm coming from any toxic waste storage issues!

Solar energy is a renewable power source. Solar energy is produced from using the most abundant energy source available: the sun. The sun has the ability to produce 173,000 terawatts of solar energy every second. That is an incredible source of power because 173,000 terawatts is 10,000 times more powerful than the planet’s total combined energy use. Not only that, but the sun is an infinite source of power that can be used time and time again.

Fossil fuels (also referred to as traditional fuel sources), are non-renewable and finite. These sources will run out in the near distant future. Another possible scenario is that the cost of finding and extracting the resources for fossil fuels will become too expensive. This does not take into account the environmental damage that will occur due to the long-term reliance on fossil fuel usage. Pretty soon our financial infrastructure, our health, and our environment may not be salvageable; we could be putting future generations at risk. Making the switch to solar energy is one way to guarantee that our dependence on fossil fuels will no longer be necessary.

Coal-fired power plants produce numerous environmental and public health risks that affect millions of people everyday. The public health and environmental health risks stem from pollution issues that coal-fired power plants contribute to, such as water and air pollution. But did you know that mining process for the coal that is used in these power plants can cause even more damage to both public health and the health of the environment?  First of all, when coal-mining occurs, the air is polluted with methane, carbon dioxide, and coal particles; all of which are extremely dangerous to inhale. Secondly, 300,000 acres of U.S, forests and 1,000 miles of U.S. streams have been contaminated due to coal mining. For example, acid runoffs from coal-mining leech into waterways, destroying aquatic ecosystems.

However, solar energy lessens our dependence on coal-fired power plants. In turn, this would lead to a lower demand for coal-mining, and a welcomed reduction in the pollution that the mining process produces.

Why You Should Choose Solar: Make A Difference

In the U.S., more and more homeowners and businesses are choosing solar energy than ever before. This is due to the falling costs of solar panels, the rebates and financial incentives of owning solar power technologies, and the more solar installer companies available. But solar energy shouldn’t just be about the financial benefits, but rather also about the benefits that the renewable energy source would have on your health and your environment.

Solar energy creates clean power from the sun and reduces our need for fossil fuel dependence. Solar energy also lowers the impact that fossil fuels have on the environment. This free resource is also much more abundant than traditional fuels. Did you know that if we capture all the sun’s energy shining on the Earth for just 60 minutes, we could power the entire Earth for one whole year? Solar Energy is an amazing resource that we have access to.

When you invest in solar power technologies, then you are doing much more than saving money on your energy bills. You are also reducing our dependence on fossil fuels in order to use one of the most powerful and consistent energy sources that we have available to us: the sun. By using solar energy, you will also shrink your carbon footprint. One home with an installed solar power technology system can make a huge difference for the environment. According to the U.S. Energy Information Administration, the average home with solar panels in the state of Connecticut uses 8,756 kilowatt-hours (kWh) of electricity per year. By switching from fossil fuels to solar energy, you have the same reduction effect as planting 155 trees every year.

Lastly, solar energy contributes greatly to the economy. Solar energy also creates jobs in the clean energy sector. The U.S. has been a world leader in clean energy jobs and with clean energy development. This trend needs to continue so that the need for fossil fuel use is no longer our main source of energy.

“How Going Solar is Protecting Your Family and The Environment”. Off Set Solar, 2018. https://www.offsetsolar.com/blogs/offset-solar-blog/how-going-solar-is-protecting-your-family-and-the-environment